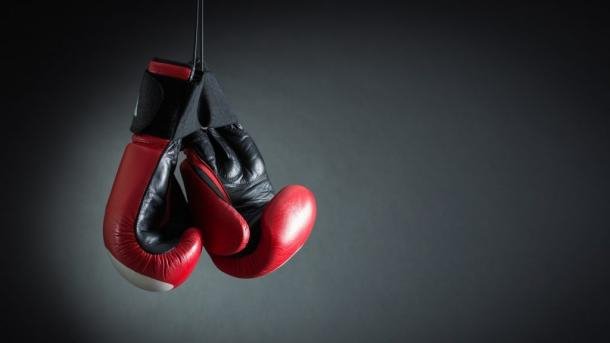 Violations. Any violation of these rules may be cause for disqualification and/or suspension, fine, or other disciplinary action.

Applicability of RBO Rules. Boxers or their authorized representatives shall sign these rules; but in any case, no boxer, manager, promoter, etc.

can claim lack of knowledge of these and all other RBO Rules and Regulations, as they are posted on the RBO’s Internet website and available from the RBO’s offices upon request.

Fighters must be in dressing room at:

If the bout continues:

The referee will have the option to consult with the RBO supervisor to waive the point deduction if the cut is on the hairline upwards.

If both boxers are injured, there will not be a point deduction.

If the bout cannot continue:

If the bout continues, but must later be stopped due to the same injury, it will be a technical decision as per the scorecards. This rule applies even if the injury’s severity is increased by legal punches after the initial injury, in the sole discretion of the referee.

The referee will warn boxers and may deduct points for continuous fouls.

may be given up to 5 minutes to recover from the foul.

boxer at his discretion and the doctor’s opinion..

will lose by abandonment.

A list of common fouls that may be committed by boxers (or seconds, where the context is appropriate) that may be cause for penalty or disqualification is as follows:

If it becomes impossible to continue the fight at the discretion of the referee, the fight will be a technical draw or a technical decision depending on the round of the stoppage, (as per point 13).

The Royal Boxing Organization is very thankful to the Local Boxing Commission for the joint cooperation to supervise this important title match.

The Royal Boxing Organization wishes both camps the best of luck and may the best man wins.